Manchester City FC recently teamed up with Jaguar to create a pretty thrilling form of halftime entertainment for fans to enjoy that can be replicated in most other major professional sports.

The game, called Boot the Boot, tasks select fans with attempting to kick soccer balls from a distance into the trunk of a Jaguar that is parked within the corner tunnels of Etihad Stadium at the playing level (a trunk is commonly referred to as a boot in Europe). The promotion is perfectly suited for in-game entertainment because it adds a level of excitement while seamlessly integrating the Jaguar brand into the experience.

A similar promotion can be replicated in several additional sports, including:

1. Baseball - MLB/MiLB teams can task fans with throwing a baseball from 2nd base (or the outfield) into the trunk of a car (one-hopping it along the way)

2. Basketball - Teams can task fans with trying to throw a full-court pass into the trunk of a car for the chance to win free parking for a section of fans at the game

3. Tennis - Tennis officials can task fans with trying to hit 5 of 10 tennis balls into the trunk of an automobile located at courtside for the chance to win a free lease for a year

4. Football - Teams can ask fans to attempt to throw a 30-40 yard pass into the trunk of a car (located along the sidelines) for the chance to win a free lease for a year

Check out the MCFC-Jaguar "Boot the Boot" promotion below and consider new ways that your organization can integrate automobile partners in a fun, memorable way for fans! 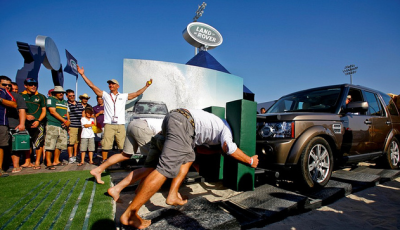 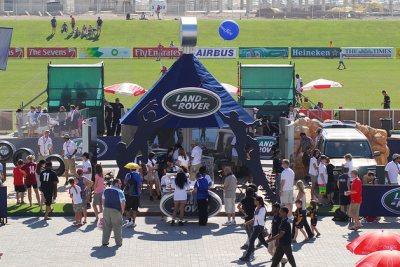 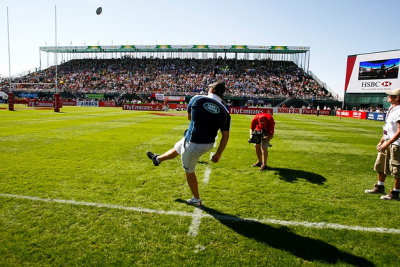 In 2008, Mini Cooper devised a unique guerrilla marketing strategy to grab the attention of consumers using the urinals while out on the town. One unlucky person was tasked with gluing mini cones inside the urinals, setting up a "Test Your Handling Skills" competition for all users later that night.

When consumers went to use the bathroom they were met with the "Test Your Handling Skills" messaging and the skill cones competition. The creative campaign served as a great way to grab the attention of consumers in crowded settings, etc.

What are some sports implications here? This concept can easily be applied in many respects to the sports marketplace, especially for brands looking to escape the stadium clutter. Teams can consider tying in corporate partners through: